Hi There, My name is Bryn Dickerson and I am a Downhill Mountain Bike  racer from Wellington, New Zealand. I am 26 years old and am currently travelling around Europe pursuing my goal of becoming a professional racer,  I have been riding for approximately 12 years with 8 of those taking Downhill (DH) seriously.

Before I raced DH I was a competitive Cross-Country mountain biker who had some good results at a national level but lacked the desire to ride 200 km a week for training and enjoyed doing jumps and skids far too much.

After 13 long years I escaped school at the end of 2009  and managed to get some decent grades which let me off the hook to go out of left field and jump shipto work in Chile for 6 months in early 2010. While there I earned enough money to go to Canada from June-September 2010 and promptly found myself hooked on travelling. After racing the national series in 2011 in Open Men and winning everything, a spark was lit in my eye that was not going to go away easily, this spark was called “World Cup races”.

However despite my desire to go overseas and my intense lack of interest for the educational system I somehow found myself in University in 2011 where I once again managed to pass my papers (much to my own surprise) and decide that one year was enough and it was time for a much deserved break.

After much thought I finally decided that 2012 was the year to go race bikes  (read: 2 second instant decision) and so I migrated to Australia and managed to earn myself enough cash to find a way Europe where I was based out a French alp ski-town called Morzine while travelling around fitting in as many races as possible for a 20 year old with an addiction to adrenaline.

since then I have had 6 of the most incredible years of my life filled with far to many highs and lows to mention here but it is safe to say that the same bug I caught back in 2010 is still there and I will be continuing to follow my dreams for as long as I can! 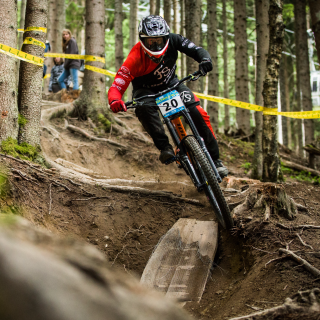